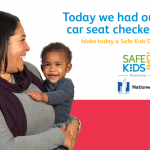 April 26 is National Safe Kids Day, designed to celebrate kids, prevent injuries and save lives. Sponsored by Safe Kids Worldwide, the day educates about protecting children from serious injuries. Preventable injuries, including car crashes, drownings, fires and falls, are the leading cause of death to children in US. The Safe Kids Day website includes information about getting involved with the campaign, including making a donation, becoming a fundraiser, attending a Safe Kids Day event in your community, or to spread the word about the Day. 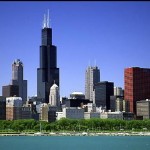 Time to start thinking of the  MOM Weekend. It will be quite a windy place this year. This gathering of moms is hopefully scheduled for July 9-12, 2015. (still looking for a hotel). This is a long weekend of fun, being with others who “get” you.

Study: Antidepressant Use During Pregnancy

An article in the March edition of the journal Pediatrics examines whether prenatal antidepressant use increases the risk of asthma in the offspring. Antidepressant Use During Pregnancy and Asthma in the Offspring notes that while it has been suggested that maternal depression during pregnancy is associated with asthma in the offspring, the role of medical treatment of depression is not known. The study authors conducted a cohort study among all live singleton births in Denmark between 1996 and 2007. Mothers who had a diagnosis of depressive disorder and/or who used antidepressants one year before or during the pregnancy were identified. Of the 733,685 children identified, 84,683 had a diagnosis of asthma. 21,371 children were exposed to prenatal maternal depression, and overall 8,895 children were exposed to antidepressants in utero. The authors conclude that antidepressant use during pregnancy generally did not increase the risk of asthma. Only use of older antidepressants was associated with an increased risk of asthma. Click here to review the study online

Current research shows that PPD affects 10-20% of all new mothers and generally occurs within the first year following delivery peaking between 10-14 weeks. According to a 2003 MOST survey on PPD, PPD appears not only to affect a higher percentage of higher-order multiple birth mothers, 29%, but may occur at a later time, as late as 18 months to 3 years post-delivery, and go undiagnosed and untreated in a significant percentage of new mothers of multiples.

On our blog April 21 Multiple Moms and Post Partum Depression

Find MOST on all your other favorite sites: