Have Scientists Found the Key to Preventing Preeclampsia?

Have Scientists Found the Key to Preventing Preeclampsia? 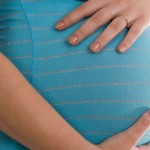 Doctors and scientists have been trying for years to learn what causes preeclampsia, a common complication of pregnancy characterized by high blood pressure and protein in the urine, and a major cause of premature delivery and maternal and fetal deaths. A new study found that molecules that send detrimental signals are abundant in the placentas and umbilical cords of preeclampsia patients.

During pregnancy, the placenta functions like a trading post of sorts: Inside the pancake-shaped organ, maternal and fetal blood is trucked through, nutrients and oxygen are delivered to the developing fetus, and waste products are shipped out for disposal. All of that life-sustaining traffic requires a multitude of molecular signals, and the study zeroed in on the bad signals that may be involved in preeclampsia.

Researchers compared protein levels in samples from placentas and umbilical cords of 10 women who had experienced preeclampsia and 10 who had not. They found that proteins that signal both cell stress and cell death were significantly higher in samples taken from the women who had experienced preeclampsia. The researchers say that the increase in those factors could reduce nutrient transport and send bad signals to the maternal vascular system, which circulates blood. These circulating factors may also pass the placental barrier and affect the fetus.

In addition to analyzing which molecules were more pronounced in preeclampsia, the researchers looked at the effects of the syndrome on study participants’ babies. They found that the average hospital stay for preeclampsia babies was significantly longer: Those newborns stayed six days on average, while the babies born to mothers without preeclampsia stayed a little over three days on average.

Now that the molecular signal problems have been discovered, the focus will shift to finding ways to therapeutically block them one day to prevent preeclampsia.