Is the Fertility Crisis a Myth?

Home/Expecting Multiples, Parents of Multiples, Preemies/Is the Fertility Crisis a Myth?
Previous Next

Is the Fertility Crisis a Myth? 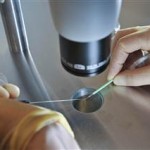 According to a new study, the percentage of adults of childbearing age getting fertility treatments hasn’t changed since 2002. “Infertility rates have come down a little bit,” says Dr. Anjani Chandra, researcher at the NCHS, part of the Centers for Disease Control and Prevention. “That surprises people because they think it is going up. In fact, it really hasn’t been the case.”

Prior studies have clearly shown that fertility declines with age and that women are delaying marriage and childbearing. According to the CDC, the average age at which a woman has her first baby has risen from 21.4 in 1970 to 25 in 2006 and 25.6 now. And the annual birth rate is the lowest it’s been since 1998 at 6.3 births per 100 women aged 15 to 44.

So there are two possibilities that would explain the data– either the same couples are simply getting treated more often than in past years, or women older than 44 are getting more infertility treatments, Chandra said – or both.

Dr. Richard Reindollar of the American Society for Reproductive Medicine said the findings were encouraging. “Even though the ages at which women in the United States have their children have been increasing since 1995, the percentage of the population suffering from infertility or impaired fecundity has not increased.”

Read more from this article.