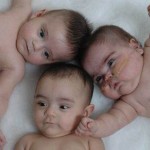 Seven and a half years ago Keira’s triplet daughters were born at 25 weeks 5 days with a combined birth weight of just 4lbs 4oz.

“This was my first and only pregnancy and I was terrified.  The first few weeks, of what would ultimately be 291 days in the NICU, were simply a blur as I dealt with the shock of such an early and traumatic delivery.  Two of my girls faired pretty well, all things considered.  My third seemed to bear the brunt of their extremely preterm birth.  No one expected her to live the first few days but weeks passed and she defied the odds, my worries switched from whether or not she would live to what kind of life she would have.  Would she walk and talk?  Would she go to school, play sports or dance?  Or would the issues she was facing as an infant prohibit her from living a “typical” life.

MOST connected me with another mom whose support gave me hope.  Her situation mirrored mine in several ways, with one of her boys struggling far worse than the other two.  She was three years down the road and talking with her, hearing that the unknown is scary but it could be handled and that I would come out stronger than I ever knew, that is what got me through.  Maybe I would not have the family I envisioned with three healthy children running around my home, but we would be a family.  We might be carting around an oxygen tank and a feeding bag or two, but you learn, you adapt and you realize that there is always hope, no matter what the ultimate outcome may be.

Hope was the greatest gift I could have been given and even when we did ultimately lose my daughter at 14 months old, I thought I didn’t belong in the HOM community anymore.  I didn’t feel like a twin mom either and honestly considered dropping out of my same age triplet group.  But it was the MOST community that continued to embrace me, lift me up and reminded me that I still was and always would be a triplet mom.” – Keira

After her daughter’s death, Keira was connected to MOST’s Lost Angels, a private support group for families who have experienced a loss to help them through their time of grief. 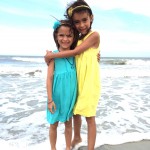 continue to help families like the Keira’s by making a donation online today. Or you may call the MOST office at 631-859-1110. We’d love to hear from you! Thank you.