Home/Articles, Multiples in the NICU, Preemies/New Research on Extreme Preemies
Previous Next

The research included more than 5,000 extremely premature infants — born after just 22 weeks to 28 weeks gestation. About 3,800 babies were enrolled in at least one of six randomized clinical trials and nearly 1,600 were eligible but weren’t enrolled in any of the trials.

The primary outcome — a composite of death, a chronic lung disorder, severe brain injury, or a sight-threatening eye problem — didn’t vary significantly between the two groups. Sixty-eight percent of the enrolled infants and 69 percent of the non-enrolled infants had those problems.
The study was published June 16 in the journal JAMA. 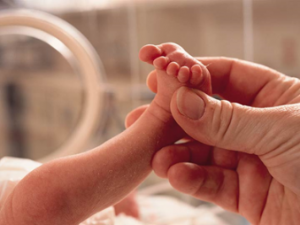 Research published in the New England Journal of Medicine shows that hospital practices vary widely, as do rates of survival and survival without severe impairment, in initiating active treatment in extremely premature babies.
Across two dozen hospitals, and out of nearly 5,000 infants born prior to reaching 27 weeks, overall rates of active treatment ranged from 22.1% among infants born at 22 weeks of gestation to 99.8% among those born at 26 weeks of gestation, according to Edward F. Bell, MD, of the University of Iowa in Iowa City, and colleagues.

[network], from 2006 to 2011. Excluding infants with congenital anomalies, 4,987 babies born before reaching 27 weeks of gestation were included in the analysis.

Overall, 4,329 babies received active treatment, and outcomes were known for 4,704 of the children. Babies who didn’t receive active treatment tended to be small for their age, have 1-minute Apgar scores of 3 or lower, and be less likely to have antenatal glucocorticoids or have been delivered by cesarean.

Survival and survival without severe neurological impairment were assessed once the babies had reached 18 to 22 months of corrected age. Severe impairment was defined as a cognitive or motor score of less than 70 on the Bayley Scales of Infant and Toddler Development, severe cerebral palsy, a level 4 or 5 on the Gross Motor Function Classification System, bilateral blindness, or severe hearing impairment.

“The study should prompt physicians, hospitals, state governments, and professional societies to accelerate efforts to provide perinatal regionalization programs that will optimize access of these extremely premature babies to level 3 and 4 perinatal centers that can provide skilled, experienced active treatment in the delivery room when parents and physicians decide in favor of active treatment,” F. Sessions Cole, MD, director of the division of newborn medicine at Washington University School of Medicine in St. Louis, said in an email to MedPage Today.

However, Cole added, “this important study should inform but not dictate decisions about active delivery treatment for babies born at the edge of viability.”

Ian R. Holzman, MD, chief of the division of newborn medicine at the Icahn School of Medicine at Mount Sinai in New York City, had a different take-away message.

“The assumption that hospitals with more neonatal deaths and poor outcomes just don’t ‘do it as well’ is too simplistic. The authors have nicely shown that a significant part of the differences between hospitals relates to their philosophical decision to not initiate care for the smallest babies,” Holzman said in an email to MedPage Today.