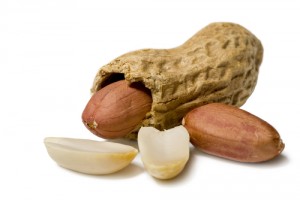 A new study finds that children with peanut allergies are more at risk for accidental exposure at home than at school.

The study looked at 1,941 children allergic to peanuts to determine how accidental exposure occurs, how serious the outcomes of the exposure are, and what treatment is given.

Overall, 37 percent of the reactions took place at the child’s home. Fourteen percent occurred at other people’s homes, and about one in 10 happened at a restaurant. Fewer than 10 percent happened at school or day care, while nearly one-third happened at other or unknown places, the study said.

Study author, Sabrine Cherkaoui, of the University of Montreal said, “There are a couple of ways to interpret that finding. Firstly, schools and day cares that allow peanuts may be doing a good job of controlling risk due to heightened awareness of the dangers. Secondly, when peanuts are not allowed, the child may be lulled into a false sense of security, as peanut foods may inadvertently be brought in and shared with the child.”

The study also found that most moderate and severe accidental exposures are not managed properly by caregivers and physicians.