Home/Parents of Multiples, Special Needs/Training Programs for Parents Tied to Better Behavior in Kids with Autism
Previous Next 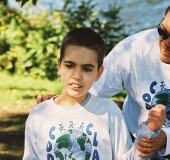 Training programs for parents can help improve the behavior of children with autism, a new study suggests.

After six months of either parent training or parent education, the children’s behavior improved for parents in both groups, but the benefit was greater in the parent training group, the researchers found.

This new study is the largest randomized trial of a behavioral intervention in children with autism, Scahill added.

The findings were published in the Journal of the American Medical Association.

Parents of children with developmental disorders may feel that a referral for parent training indicates they lack basic parenting skills, but that’s not how parents should think of it, according to Stacey Broton, a social worker at Texas Children’s Hospital in Houston, who was not involved with the study.

“Parents spend significantly more time with their child than any other therapist, and we need to empower parents to view themselves as an integral part of the intervention team,” said Broton, who works in the hospital’s Autism Center.

Both programs lasted six months and included approximately 12 in-person sessions and one or two home visits. But, the education program did not teach behavior management strategies.

Before and after the programs, parents rated how disruptive or non-compliant their child was on two rating scales. A drop of at least 25 percent on each was considered meaningful improvement.

The study authors said the improvements lasted for at least 48 weeks.

The parent training program was built on the ABC model, Scahill said. “A” represents the antecedent, the situation or event that comes before “B,” the child’s behavior. “C” is the consequence, the parent’s response.

“We teach parents to identify the antecedent, which is key to understanding what’s driving the behavior,” Scahill said. “The parental response may inadvertently reinforce the maladaptive behavior.”

He provided the following example: if a child has a major tantrum when the parent asks him or her to get dressed and the parent gives in and dresses the child, that response reinforces that the tantrum worked.

Seven out of 10 children showed a positive response in the study, Scahill said. The researchers haven’t yet completed analyzing why some children didn’t improve. One reason might be if a family has other issues, such as financial problems or a lack of transportation that prevents them from fully participating in the program, Godwin suggested.

Broton said that parenting programs such as these are usually available in greater metropolitan areas. But families in rural or remote areas may have less access to services, including parent training.

Another barrier for some families may be cost, which varies greatly for these programs. Group sessions can be cheaper or even free, but individualized parent training with about 12 to 15 sessions delivered by clinicians with Master’s degrees would likely cost about $100 to $150 per hour, Broton explained. Some, but not all, insurance plans may cover that cost.

This article was adapted from a piece in HealthDay News, 2015.