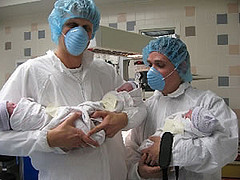 The End of Premature Births?

Scientists do not know exactly how or why labor begins during a full term pregnancy, what magic switch starts the birthing process. But researchers at the University of Sheffield’s Medical School in the United Kingdom may have found it.

While researching experimental drugs called histone deacetylase inhibitors (HDACi), which stop uterine contractions once they begin, scientists discovered a chemical called TNF. TNF is naturally produced by a woman’s body and released once the uterus gets too inflamed, causing the contractions that begin labor. TNF actually caused muscle contractions to start again even after the HDACi drugs had successfully stopped them.

“Understanding how to prevent this inflammation, or how to stop it blocking those key genes needed to stop contraction of the womb, would lead to new treatments to prevent premature births,” said lead researcher Dr. Neil Chapman. Read the full article here. 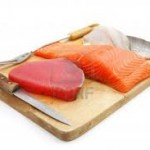 A recent Australian study showed that women given omega-3 fatty acid supplements during their pregnancies seemed to have larger babies and carried them longer than women in the placebo group. According to the Australian Associated Press, the study involved 2,400 women at five different hospitals and was designed to contribute to research on premature birth. Omega-3 fatty acids are found naturally in fish like tuna and salmon.

Necrotizing enterocolitis (NEC) is a condition affecting premature infants. It involves infection and inflammation that causes destruction of the intestine. In severe cases, a hole develops in the intestine, allowing bacteria to leak into the abdomen and cause a life-threatening infection.

To try to find out why some babies develop NEC and others do not, 35 premature babies from Cincinnati Children’s Hospital Medical Center were studied. Eleven of the babies went on to develop NEC.

The research, published in BioMed Central’s Microbiome, showed that the eleven babies that developed NEC lacked specific bacteria found in the healthy babies and had increased levels of other bacteria in their bodies during their first two weeks of life. The bacteria levels were measured using urine samples from the infants. The study has now expanded to include hundreds of infants in multiple hospitals.