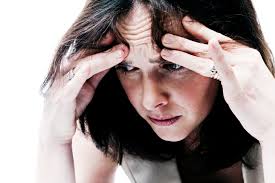 I have received 4 personal emails messages from women who are on Prozac for depression. No one seems to want others to know.  Is this a common diagnosis with multiple birth moms?

I wonder how can someone go through infertility, fertility treatments, miscarriages, a long scary pregnancy and the rough schedule of taking care of multiples without feeling stress (and then depressed)? The hormones alone get you! And should we be ashamed of this? Now that I have looked back at all that I have been through I am sort of proud of how sane I still remain. I’m not talking about postpartum depression (PPD). I am talking about after the babies are 6 months old or older. Do you know anything about this and is this common?

Back in 1998, we did not have a lot of solid information and resources to offer other than to let her know that these 4 moms who wrote her were SO not alone! What she was hearing from a few moms we were hearing on an almost daily basis from moms across the country and as far reaching as England and Japan. So we did a LOT of research. We looked at postpartum depression, but also looked at the full first year of life and beyond the infancy and toddler years.

Medical practitioners now know that PPD affects 10-20% of all new mothers and generally occurs within the first year following delivery, peaking between 10-14 weeks. According to our  2003 survey on PPD, PPD appears not only to affect a higher percentage of higher-order multiple birth mothers, 29%, but may occur at a later time, as late as 18 months to 3 years post-delivery, and go undiagnosed and untreated in a significant percentage of new mothers of multiples.

We found that as certain aspects of your life as a mom of multiples become easier, those issues of loss and sadness that you may have kept on a back burner because you were dealing with massive stress and daily obligations creep to the forefront. Because you have been under such pressure up until this time, your mind/body protected you and allowed you to run on bits of adrenaline until there came a time that you either ran out of that adrenaline, or life got a little bit easier and you took a moment and exhaled.

When the babies started to sleep through the night or when they began to hold their own bottles. When they learned to feed themselves or “help you” take off their clothes (and maybe even help to put them back on) some of the sadness or anxiousness could have crept in.  It may not have happened until they went off to nursery school or kindergarten and you had more than just a moment to breathe and all sorts of unfamiliar emotions started creeping in. Some women feel very, very angry and may not be sure as to why they feel this way or what they are angry about. Other women have described themselves as having this overwhelming feeling of sadness but are not really sure why. Still others have become exceptionally anxious when at other times in their lives they may have been very confident and felt secure.

Thankfully over the last few decades the stigma associated with looking for and receiving the help and support a mom may need when these feelings may arise has been significantly decreased. We still have a few hurdles and thankfully Raising Multiples, a MOST Community, and so many other wonderful support networks and professionals are now aware of these needs and are prepared to help.